On A Mission to Map the Atmosphere 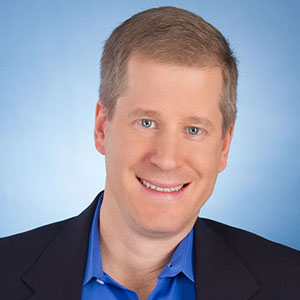 I am a weather geek–I’m simply fascinated by MotherNature and her awesome power and beautiful style. As an Engineer, I also love solving hard problems. Infact, the harder the problem, the more interested I am in solving it. That’s where Mother Nature really intrigues me. Forecasting the weather is a very hard job, and it’s one that I’ve spent the last three years trying to help improve so that our data could help make better decisions for 7 billion people and millions of companies around the world every day.

Today The Weather Company is the world’s leader in forecast accuracy, and we’re on a mission to map the atmosphere–in much the same way Google Maps has mapped the Earth. We are number one in temperature and precipitation accuracy in every region of the globe and in every time framethat is measured (1-3 Days, 3-5 Days, 5-7 Days, etc.). We've achieved this amazing feat through a solid combination of atmospheric science excellence and computer science excellence. By rebuilding our entire forecasting system to bet o a cloud-first, cloud-only application, it required us to totally rethink our architecture and approach. We built everything ourselves using open source tools and removed all relational dependencies fromour data stores. These changes made us better and made our application strong, faster and more accurate. As we combined those skills we moved from creating a weather forecast for 2.2 million locations every 4-6 hours to creating a forecast for 3billion locations every 15 minutes.

When we launched our new forecasting system a little over a year ago, we celebrated our step change in resolution and accuracy. It was a huge feat to make this level of jump in such a short period oftime.

As we gain more insights into our atmosphere, we get one step closer to helping better prepare and protect everyone for tomorrow

Our atmosphere is 62 miles high from the surface to the edge of space – The Karman line. The atmosphere is constantly mixing and moving and the air particles are constantly circumnavigating the globe. In fact the air you are breathing now was on the other side of the earth around 5 days ago.

As we look to the future of forecast accuracy improvements, I am most excited about the rapid growth of IoT data sets. Future improvements in our forecasts are going to come, in large part, from a better understanding of the current state of the atmosphere at the time we run our models. The more we know about the present, the more accurately we’ll be able to predict the future. Many times, when we get the forecast wrong it was because we started off with a flawed understanding of the current state of the 62 miles of atmosphere around us.

We’ve all heard the IoT story, read about the rise of the machines and wondered, how will this impact me? How will a sensor in my garage door opener that is connected to my home Wi-Fi, improve my life? This rapid rise in sensors and connectivity has been widely discussed, and arecent study by the McKinsey Global Institute showed that by 2025 the IoT economy could be $11 Trillion dollars in economic benefits globally. In addition, almost 41 billion Internet connected devices will be powered by 2020according to ABI Research.

At The Weather Company, we sit at the intersection of human behavior and weather and the rise of IoT is making our job more fun, more productive, more impactful and more accurate each day. Today we capture data from our own network of over135,000 personal weather stations spread out over the globe reporting data to us as frequently as every 3 seconds. As we double the number of devices that we collect data from in the near future, just imagine what your day will be like with an ever more accurate forecast! Imagine a day when your airline automatically changes your alarm clock because they knew ahead of time that low ceilings at your destination was going to cause a flight delay. Imagine when stop light timing automatically adjusted for a change in traffic patterns as the rain began to fall. There are thousands of use cases that decision engines will help make all based on the rise of amazing IoT data sets.

Weather impacts around 35 percent of the world’s GDPeach day, and as we gain more insights into our atmosphere by constantly integrating newer IoT data sources, we get one step closer to helping better prepare and protect everyone for tomorrow. When you look at it in that light, $11 Trillion dollars sounds a bit low to me.

AI Revolution in the World of Media

The Experience Economy: The Future of Technology and Entertainment

The 5 Desires That Will Transform Entertainment Tech By 2025